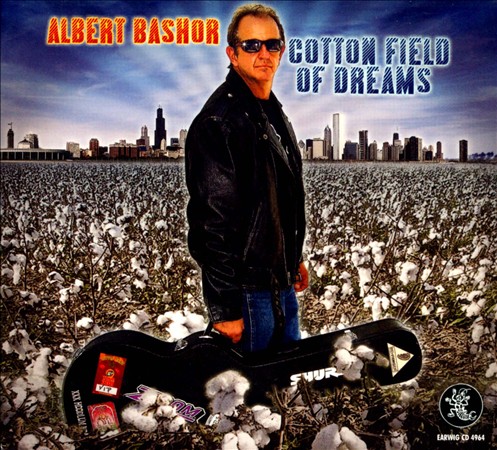 Albert has the heart of a Bluesman, although his roots are touring with the likes of Alex Taylor (James Taylor's brother), Root Boy Slim & The Sex Change Band, and working as a session musician at Kingsnake Studio, home to other notable artists such as Lucky & James Peterson, Kenny & Rafel Neal, Ernie Lancaster, and Bob Greenlee.

Along with his longtime music mentor Bill Payne, Albert recently premiered songs from "Cotton Field of Dreams" in Clarksdale, Mississippi at a special benefit concert, BLESSISSIPPI.  The concert was hosted by actor Morgan Freeman at his club, Ground Zero.

"Cotton Field of Dreams" tells the story of the hardship of Blues musicians making their way from the Mississippi Delta to the big city, no money in their pockets and a guitar their only companion, traveling the rails and the Blues highway for a better way of life in the big city of Chicago. Albert Bashor and his firends, although not from Mississippi, still felt the power of music, belief in the human spirit and the tenacity, bravery and courage it took the Mississippi musicians to leave their homeland and their families to pursue their dreams.
Listen to the Title Track HERE.
Purchase your own copy Albert Bashor's CD HERE.