Little Feat is set to Ramble on the Island in 2014

Hoy Hoy Feat Fans!
If there was only one gig we would choose to do over and over, it would undoubtedly be our yearly Feat Fan Excursion in Negril, Jamaica. Therefore, it is with great pleasure that we announce our return to the sandy shores of Negril, March 5-9 2014, at the Grand Lido Resort.

We will be co-hosting the event with the Midnight Ramble Band. Joining us and the Ramble Band will be our good friends Jorma Kaukonen, David Bromberg, Vince Herman and brother-in-arms Craig Fuller.

When we last gathered in Jamaica, we were having the usual conversations about what we were going to do for the next excursion. We did not have to think too hard... While sitting on the beach, we turned to our good friends Larry and Teresa and began the process for putting together what we have affectionately called a Ramble on the Island.

For those of you who are not familiar with the Midnight Rambles, they were created and hosted by Levon Helm at his barn/studio in Woodstock, NY. At the center of every Ramble, is a band that Levon and Larry Campbell put together known as the Midnight Ramble Band. The band consists of Larry Campbell, Byron Isaacs, Jim Weider, Brian Mitchell, Justin Guip, Amy Helm, Teresa Williams, along with a three-piece horn section. The Midnight Ramble is an enduring testament to Levon's musical vision as it continues to host an amazing array of musicians and remains one of the most talked about events this side of Tonopah. Suffice it to say, if you have never been to a Ramble in Woodstock, you will be in for a treat in Negril, as this band has it goin' on!
www.LevonHelm.com

In keeping with the Ramble and Little Feat tradition, we have special guests Jorma Kaukonen and Vince Herman joining us, who are familiar faces at previous Feat Fests. We are also thrilled to have David Bromberg join us for the first time in Jamaica. David has played dates with us in the recent past and knocked us out with his stories and playing.

We have created a mighty fine musical gumbo, if we do say so. First and foremost, rest assured there will be plenty of Feat music filling the air.

Our special guests will each be doing a solo set. Of course you can also expect the unexpected to take place as well...The actual schedule is a work in progress, but as you can see, there will be enough action coming off the stage for four nights to keep everyone on their toes.

We also want to answer the question that everyone is asking....
which of course is, How is Paul?  We are happy to report that Paul is doing very well. The time off has done him a world of good and is evidenced by his occasional shows out on the road. He is anxiously awaiting the arrival of new, state-of-the-art treatments that are soon to be approved by the FDA. The crux of the matter is, how soon the drugs get approved and how soon Paul can get started. Paul wants to be part of the festivities, however, depending on the advice of his doctors, he may or may not be able to attend. He encouraged us to move forward with the event and really hopes he can make it. So, with this in mind, we know you all will keep sending those good vibes his way with the hope that he can get these treatments started and get back to Jamaica!! 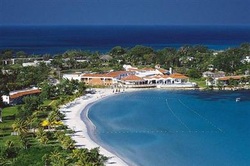 For you early birds we are offering a couple of incentives to book now!

For a limited time there will be a $50 discount per person to the first 100
people who book a Beachfront Jr. Suite. As an additional bonus, if you are one of the first 50 people to book your trip we will include a private, Ramble Only catamaran trip up the coast to Ricks Café.

Use the promo code EBS50 when you make your reservation.

See you on the beach!