Richie Hayward, cofounder of Little Feat (along with Bill Payne and the late Lowell George), has passed away on August 12, 2010.

Little Feat has fans spanning across the world. What better way than spearheading a Global Effort to assist Richie's family with some fundraising efforts to help defray what was surely extensive medical costs.

-A tribute web page has been started for Richie. Please stop on by and leave a short note for Richie in our guest book. Additional photos and videos to be added shortly.

- FeatPrints was the official Fanzine of Little Feat from 1989 thru 2002, we have dug them out and dusted them off, and are offering them for sale with 25% of all proceeds going to help Richie Hayward. Limited quantities exist, they are really nice collectors items for any Feat fans!

This smoking Richie Hayward benefit concert is now available for download!
Support Richie and buy a copy of this great show! Get more info on this recording HERE.


They will be available for a donation of $5 (or more) at all upcoming  shows. If you cant make it to a show and want  to buy a quantity of 20 or more, please contact Steve Cohen at [email protected]

- THE RICHIE HAYWARD BENEFIT CONCERT now has their own eBay site for the auction of items donated to this event. In addition, they are offering their wonderful t-shirts for sale (Buy It Now) at the site too. The eBay site is now closed.

- Photographer: Tom Plant - Prints of Richie for SALE
- All That You Dream: A Book About Richie by FeatFans.
Bo and Emory are soliciting your stories about what Little Feat has meant to you over the years. Stories about survivors and friends. Any amusing antidotes, believe it or nots, favorite shows, friends you've made, travel stories, pre and post show parties, what brought or led you to be a FeatFan.
Once the stories have been received they will be compiled into a book that will be offered for sale. ALL proceeds from book sales will go directly to Richie to help offset his healthcare costs.
So sit down and put fingers to keyboards and send your best to: [email protected]

- A Benefit for Richie Hayward "Part Deux"
The Biggroove Productions founder and co-producer of the 09 Canyon Club Benefit for Richie Hayward, Leslie Butts in association with Sweet Relief Musicians fund presents A BENEFIT FOR RICHIE HAYWARD PART DUEX, July [email protected] 5pm at Joe's All American Bar and Grill 4311 W. Magnolia Blvd, Burbank,CA 91501. Tickets will be available at the door for $20 donation, or can be purchased HERE in advance.

Rhythm Night DRUM! Magazine has announced the biggest drumming event ever to take place in Northern California. On Friday, August 13, 2010, drummers will descend on the San Jose Repertory Theatre in the heart of Silicon Valley.

- Levon Helm's auction for Richie.
An Autographed Yamaha Recording Custom 20th Anniversary 4 Piece Drum Set Owned And Played By Levon Helm During The 1990's was auctioned on 05/23/10 at Levon's 70th Birthday Party Concert. All proceeds will go to Richie Hayward.

Congratulations to Joseph Weiner who "won" Levon's drumkit! Thank you to Joe and the many others who contributed to Richie Hayward's recovery. A huge thank you goes out to Yamaha drums, too. This drumkit had been given to Levon early in the '90s by Yamaha. Thank you, all!

This auction was for Levon Helm's Gold Record awarded to him for The Last Waltz ! The Gold Record was a gift to Butch Dener, ( Retired Road Manager for The Band & Levon Helm & the Barnburners ) from Levon Helm, after helping him during his fight with throat cancer & for all the years on the road with Levon  & The Band. Butch retired from The Band because he was stricken with Hep C & later liver cancer. He received a liver transplant in 2005 & now is 4 years post-transplant - healthy & happy.

Butchs auction, which drew $4,416.99 for Richie. This links The Band & Little Feat spiritually.

Thanx you Butch for all you do for Richie and for Little Feat.

- Higher Ground in Burlington, VT - 01.14.10: Many special guests including Page McConnell, Mike Gordon from Phish along with Grace Potter and a few of the Nocturnals as well as other special guests were present to join in the pre-show AUCTION and gathering dedicated to Richie.

This event was sanctioned by Richie Hayward and Little Feat and Sweet Relief Musicians Fund. For more info go to the www.richiehaywardbenefit.com web site.

Little Feat and The Sweet Relief Musician Fund look forward to a long term relationship
as each organization will work to help each other out in the future. 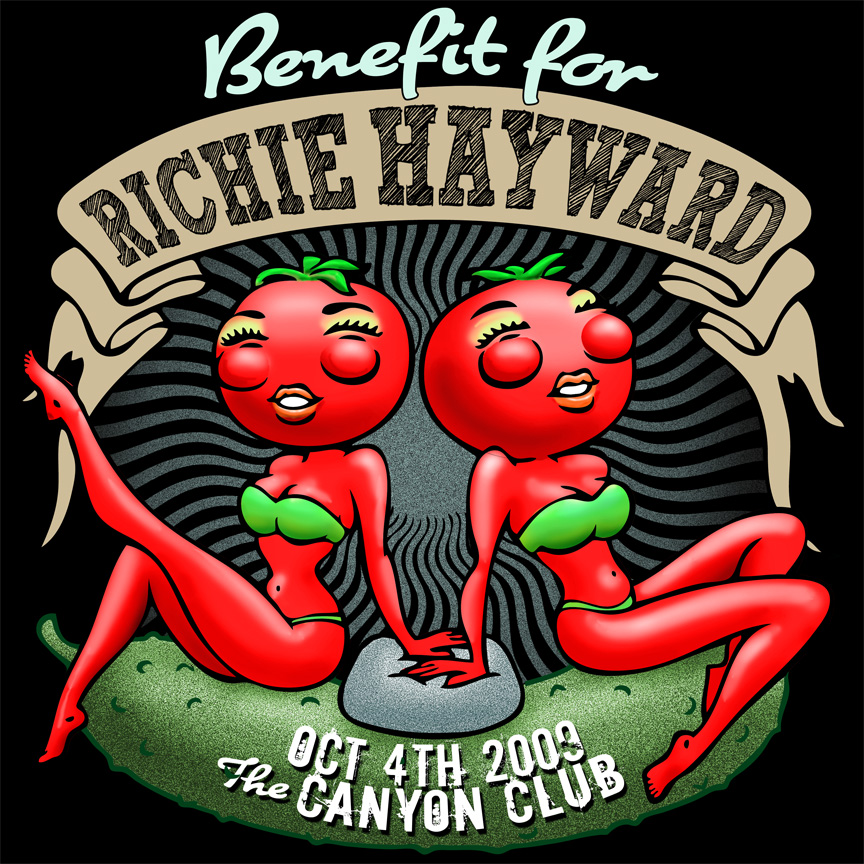 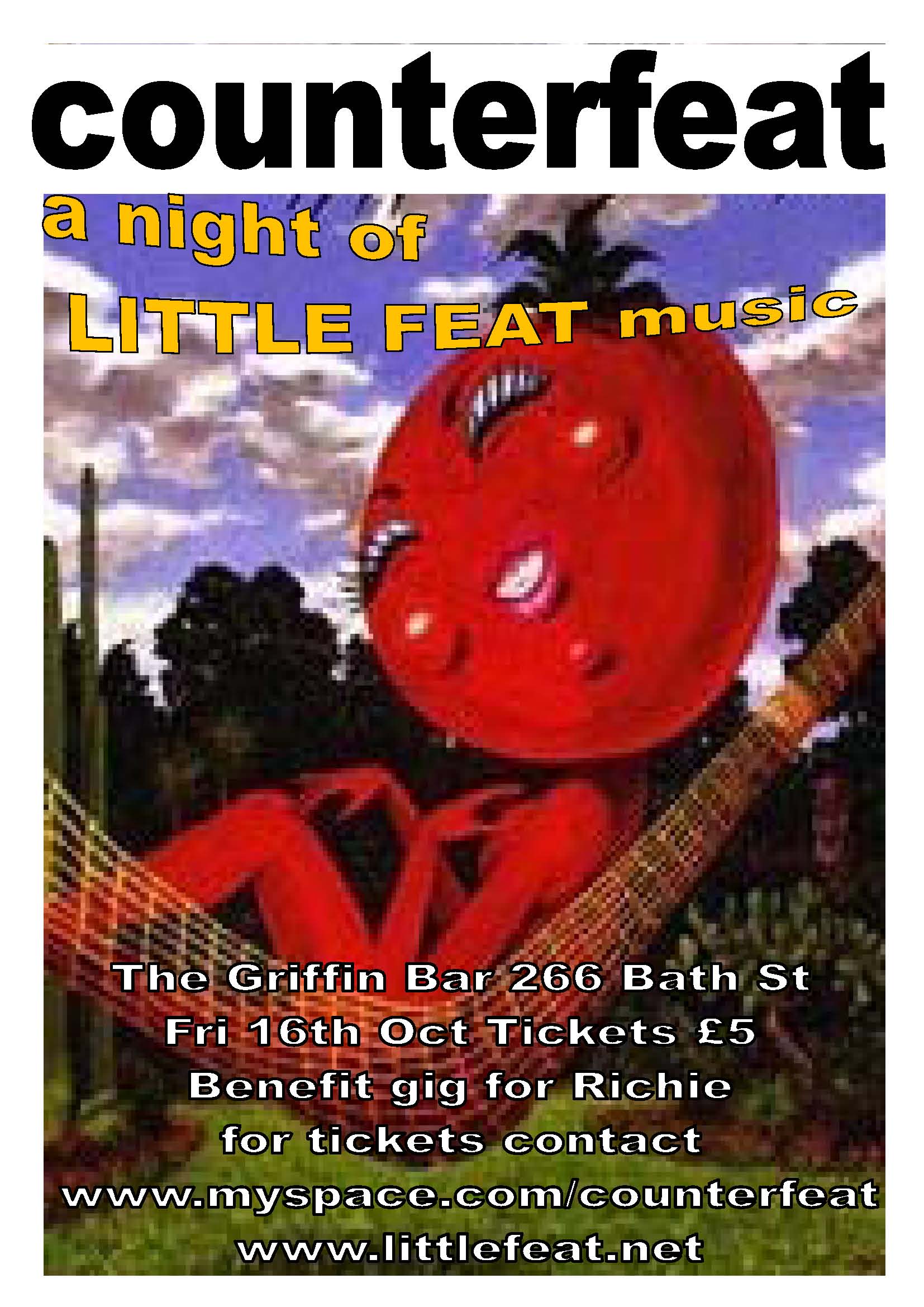 - Photographer: Hank Randall - is offering a unique T-shirt. See photos of the shirt: Front - Back. Hank's t-shirt has done so well that we have decided to bring stock of these shirts on the road with us. Please stop by the Merchandise table at your next Little Feat show and pick up a shirt for yourself while helping our Richie at the same time.

- Raffle tickets for a '57 Les Paul guitar where sold by the Little Feat Grassroots Team at Little Feat shows until the October 3rd drawing date. For more info go HERE.

RICHIE HAYWARD IN THE NEWS 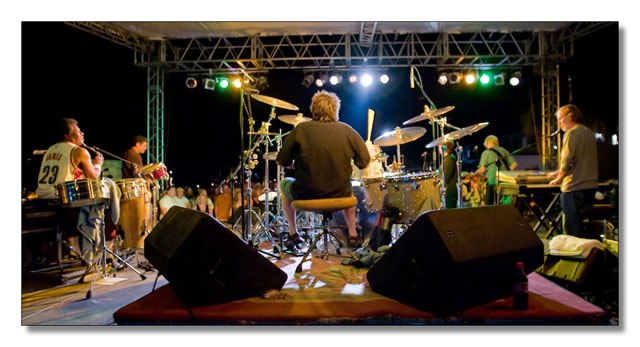 A few times back in the 70's, Richie was laid up in the hospital due to motorcycle accidents. During one of those visits Mel Blanc sent his well wishes in a few of his voices. Though Richie is not ailing from another motorcycle accident much of these words of wisdom still apply. Thanx to the Feats At Five Podcast web site, check out what Mel Blanc had to say LISTEN HERE.