Little Feat's New Year's Eve show from The Keswick Theaterin Glenside, PA will be broadcast LIVE.
Thanx to our friends at Radio Margaritaville they will broadcast the whole show LIVE!!. Satellite radio subscribers can tune in to Sirius 31 or XM 55.
In addition, the show will be available from Radio Margaritaville's internet feed originating from www.radiomargaritaville.com.

RING IN 2011 WITH JIMMY AND LITTLE FEAT!

The party gets underway New Year's Eve at 7:00 eastern with Jimmy's legendary Millenium show from 12-31-99 in Hollywood!
Following the replay we'll switch coasts and bring you Little Feat LIVE from Glenside, PA at 9:15 eastern! It's a party with a one-two punch -- New Year's Eve! 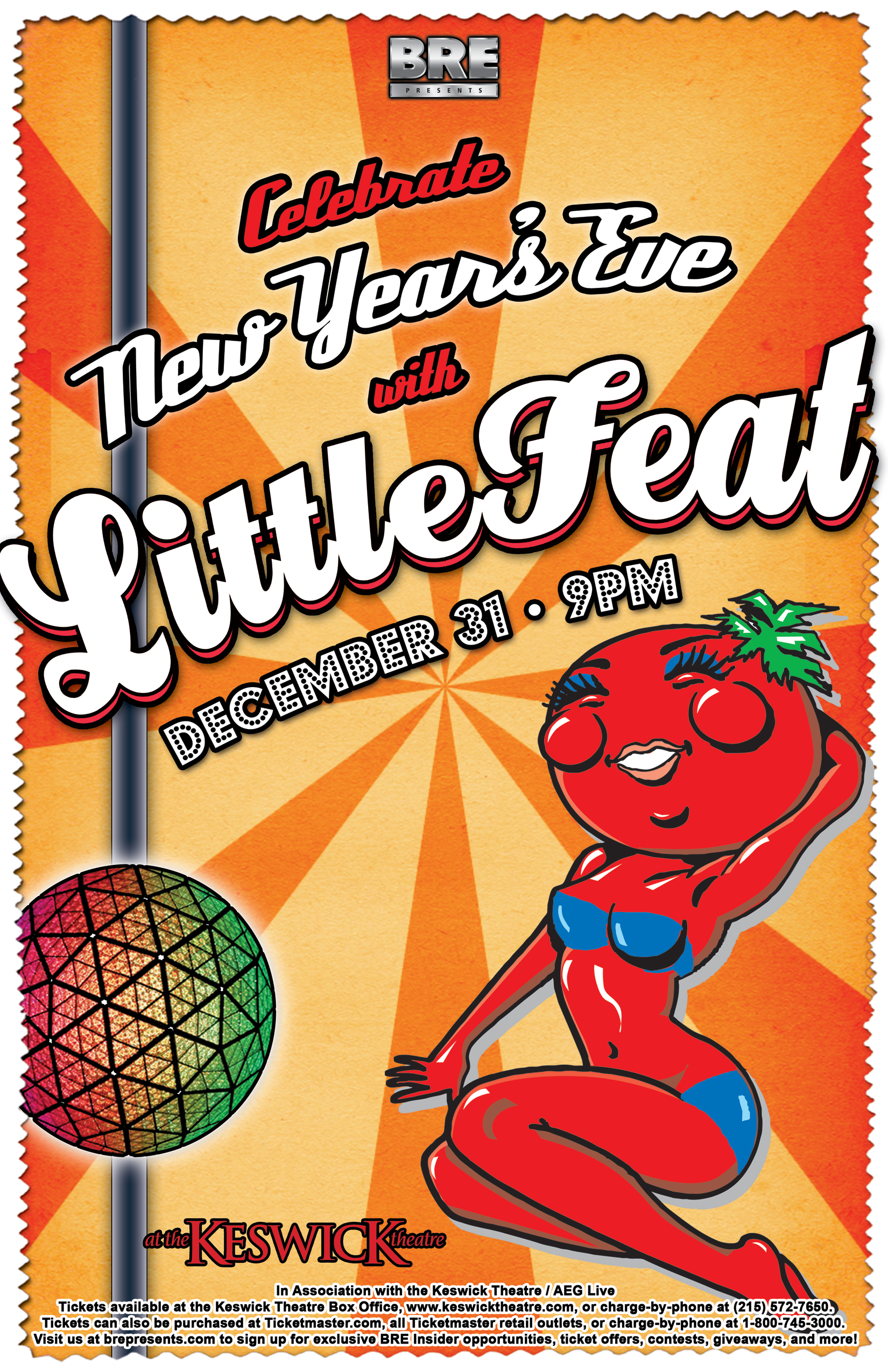 We proudly announce we'll be raffling off three guitars and a number of cymbals signed by the band and our friends in Pure Prairie League, the New Riders of the Purple Sage,and many others. Proceeds will benefit Sweet Relief Musicians Fund and BurghSTOCK's primary beneficiary, Shepherd's Heart Veterans Home: donations will be made in our brother Richie's name.

If you'd like to join in support and make a donation in Richie's memory but will not be at the show, you can mail a check made to either Sweet Relief or Shepherd's Heart and send it c/o Mike Fornear, 108 Grouse Court, Venetia PA 15367