Heat Flash: Want to melt the snow off your roof and warm up this spring? Order the three shows from the recently concluded 9th Annual (2011) Feat Fan Excursion in Jamaica. They can be ordered now at www.LiveFeat.com.

Yes, those special live recordings youve been hearing all about are now ready for your listening pleasure and inclusion in your Little Feat collection. Recorded over three days of live performances at the 9th Annual Feat Fan Excursion in Negril, Jamaica, these shows capture that classic feat sound we all know and love, strut with plenty of improvisation, and capture the excitement of new songs and old friends. Visit the web site and check out the set-lists at www.LiveFeat.com.  Then try not to order.


The 9th Annual (2011) Feat Fan Excursion in Negril, Jamaica was an incredible experience for those who attended. Jamaican surroundings are hard not to love and work wonders for anyone within their soothing reaches. The band was energized, and its performances were electrifying and as eclectic as ever. And on the third day, the evening show started with this open-ended jazzy improve session by Bill, Gabe and Ron that grew by song into a night of gripping music and rock n roll magic that no Feat fan in attendance will ever forget. Nor will you if you get onboard. We have recorded and fully mastered these three shows. These exceptional recordings are now available on CDs and Downloads as well as a special discount for all three recordings (CDs) in a package deal.


So what are you waiting for? Head on over to www.LiveFeat.com and order your Feat music today. Its your chance to catch the band before it hits the highway this concert season and an opportunity to hear and feel what the Jamaican Little Feat experience is all about. As always, thank you for being a Little Feat fan and for buying the bands music. Every member of Little Feat is grateful for your love and support! 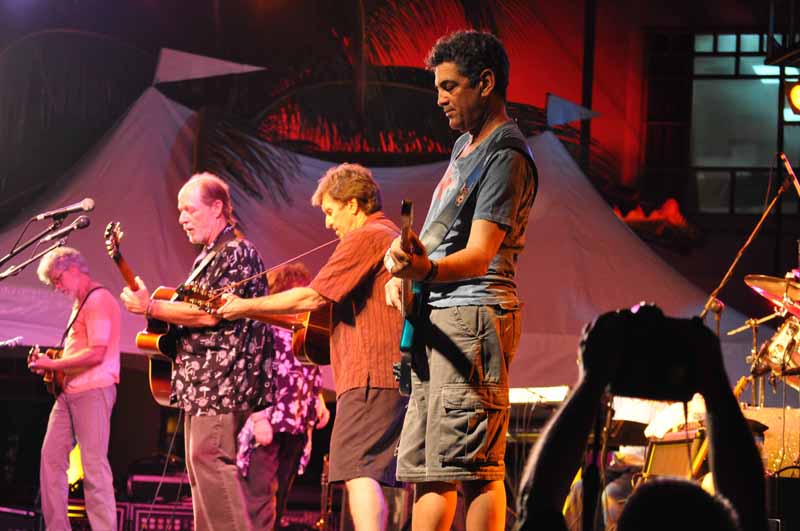