Now at Starbucks! Bonnie Raitt: The Opus Collection - with a heavy dose of Little Feat influence 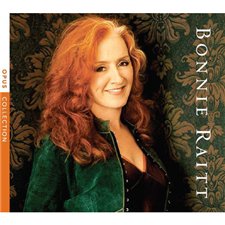 Starbucks has released a great, 16-song collection of Bonnie's music as part of their Opus Collection series. Look for the CD exclusively at Starbucks Coffee stores. This limited-run CD will only be carried in stores for the month of April so be sure to check it out when you're hitting up your local Starbucks (in the U.S.).
Little Feat fans will note that the Fred Tackett song "Fool Yourself" is highlighted on this CD and that Bill Payne's credits are prominent on several of Bonnie's early songs.
Buy this great CD at your local Starbucks or online HERE.

Stirred by a love of the blues, Bonnie Raitt emerged in the 1970s with a sound branded by her distinctive slide guitar and keen, effortless vocals. Breaking through as a superstar in the late '80s, she's come to be recognized as one of the defining artists of her time.