Bill Payne's photography to join other Western photographers at the Livingston Depot Center in Montana for a special exhibit. 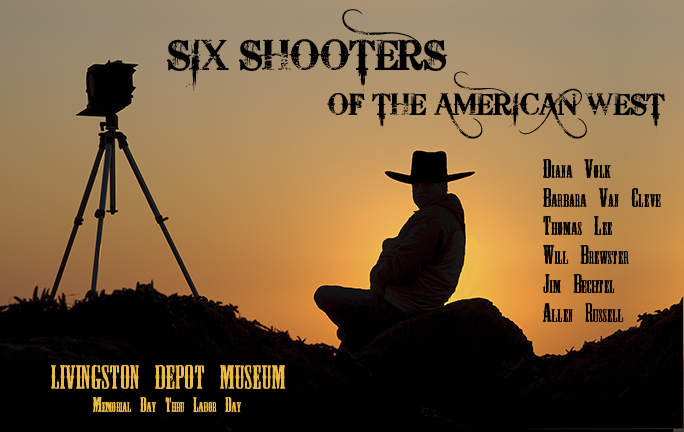 Bill Payne to be a special "Guest Photographer" to Allen Russell's "Six Shooters of the America West" photographic exhibit in Livingston, MT.

Be sure to also read this great article from The Montana Pioneer - Bill Paynes Other Gig, the Music of Images

The Livingston Depot Museum will open at 9 a.m. on Saturday, May 28. This year the Depots regular railroad and Yellowstone history displays will be complemented by the special exhibit Six Shooters of the American West.

In addition to this main exhibit Rails Across the Rockies, the museum also presents The Livingston Depot in History and Architecture, Film in Montana: Moviemaking under the Big Sky and Six Shooters of the American West, the special exhibition for 2011.

Photographer Diana Volk comments, I was thrilled to be invited to be one of the Six Shooters by Allen Russell.  Allen is a fellow photographer that shares my passion in photographing the West.  It is always a dream to have your work displayed in a wonderful setting like the Livingston Depot!

The museum plans to continue its Third Thursday summer program series beginning on June 16th at 7 p.m. with an evening reception for the Six Shooters exhibition and all of the artists including Guest Curator, Allen Russell. The Third Thursday program scheduled for July 21st at 7 pm. will feature Movies at the Museum, a collection of vintage railroad films of the 1920s and 30s.  The final Third Thursday will honor Livingstons railroad heritage with railroad historian Warren McGee and friends, on August 18th at 7 p.m. A Photographers Forum will be held on June 21st at 7 pm with the Photographers discussing their art prints and the influences of the American West on their work with guests.

The Depot Museum exhibits in 2011 will run through September 5th. Depot Museum hours are Monday through Saturday from 9 a.m. to 5 p.m. and Sunday from 1 to 5 pm Admission for the 2011 summer season will continue to be free. Additional information can be obtained by contacting the Depot office at (406)222-2300 or visiting,  www.livingstondepot.org. 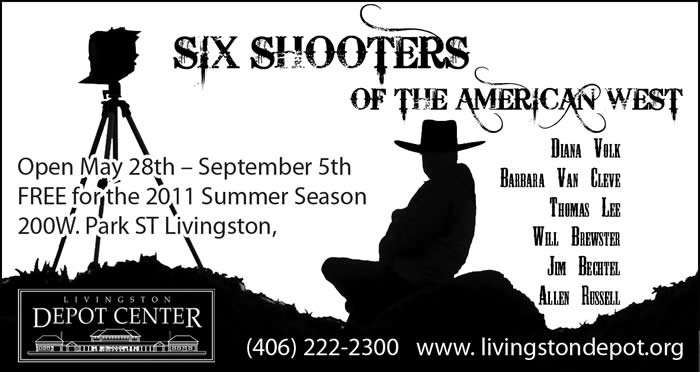