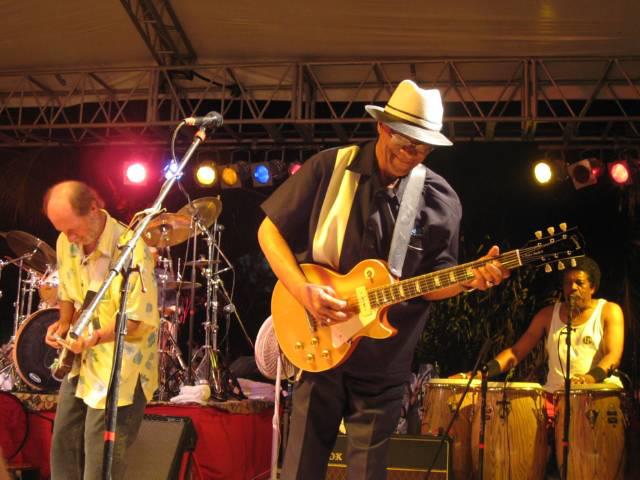 Little Feat has a special place in our hearts for Hubert Sumlin. He exuded the real meaning of the blues. Little Feat enjoyed his company many times but most notably in 2006 at the Jammy's in NYC and then again in 2007 for two shows in Jamaica.

The Mississippi native ranks at number 43 on Rolling Stone s list of historys top 100 guitarists. Sumlin remained with Wolf until his death in 1976, and then recorded solo sessions. In 2004, Sumlin recorded About Them Shoes , which featured Keith Richards, Eric Clapton, Levon Helm, James Cotton and David Johansen. Sumlin was nominated for four Grammys in his lifetime (most recently for his work with Kenny Wayne Shephard on Live! in Chicago ), and though he never won, Jimmy Page, Stevie Ray Vaughan and Keith Richards were loyal fans.

He continued performing and recording until his death. In 2006, Sumlin performed with Little Feat at the Jammys, and in March he joined The Allman Brothers Band at their annual Beacon Theater run for Smokestack Lightnin and Key to the Highway. He celebrated his 80th birthday last month with a special show at Teaneck, NJs Mexicali Live.